Sonic Unleashed and other Sonic games and why there awsome

I honestly think it's just the fact that it's been around for so long and it's a classic
_________________
dreams will fade to nothingness before your eyes
anything worth accomplishing is never easy
and heres my youtube profile(yes i know i picked a lame name)https://www.youtube.com/user/number1narutofanboy?feature=mhum 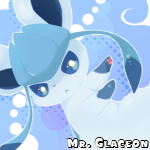 Posts : 71
Join date : 2010-07-03
Sonic's got a few problems. One of these is adding so many characters, and the other problem is the plot, which often changes just for one game. Honestly, I can't count on my fingers and toes how many characters in Sonic Games only appeared a few time, but it's very rare that I want some of these characters to reappear.

Sonic games only are awesome if they're good, and unfortunately, after Yuji Naka left SEGA, I've been disappointed with Sonic's 3D stories. Sonic Unleashed did kinda well because half of the game was in 2D, but the game wasn't as good as it could've been. If they had made Werehog Sonic a bit less clunky, then the game would've fared much better.

Meanwhile, Shadow the Hedgehog can rot in hell, because as far as I'm concerned, the game never existed in the first place. A horrible concept with horrible gameplay. The only thing I liked was playing as Tails in two levels.

Not every Sonic title's a winner. The ones with High ratings are the ones you should get. The ones with low ratings, they got that way for a reason.
_________________
Hey, turns out after seven years I'm still garbage at drawing.

Re: Sonic Unleashed and other Sonic games and why there awsome