This actually got a Daily Deviation on deviantART a couple months back, which surprised me. I guess people like it, even if I don't think it's that good. xD 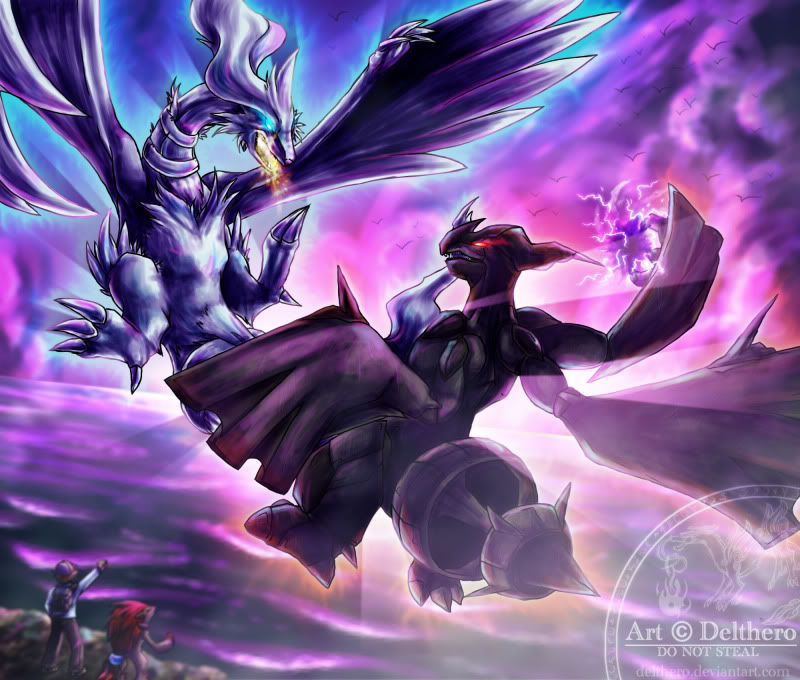 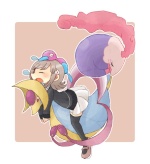 Hunt me down, smear my name, say I did it for the fame, what I did
was kill the man who killed my country.
Epic avatar by Griffinheart.

Guest
This
Made
Me
OMGWTFHURRDURREPICPALOOZA!

Posts : 20
Join date : 2010-07-22
Thank you very much for the feedback! Here is something else that I did for a contest on deviantART where you take an already existing, non-Legendary Pokémon and give it a Legendary evolution. I have my boyfriend to thank for the inspiration behind this, as he asked me to draw a turtle, and this popped into my head.

This is based after a Dragon Turtle, which is an actual legendary creature in mythology (here's what one looks like- https://www.myfengshuidepot.com/Images/Upload/health-brass-dragon-turtle-detail_2.jpg ). The dragon symbolizes success, courage, determination, and power, while the turtle symbolizes longevity and support. Seeing a Dragon Turtle symbolizes luck, and Dragon Turtles themselves represent prosperity and rebirth. 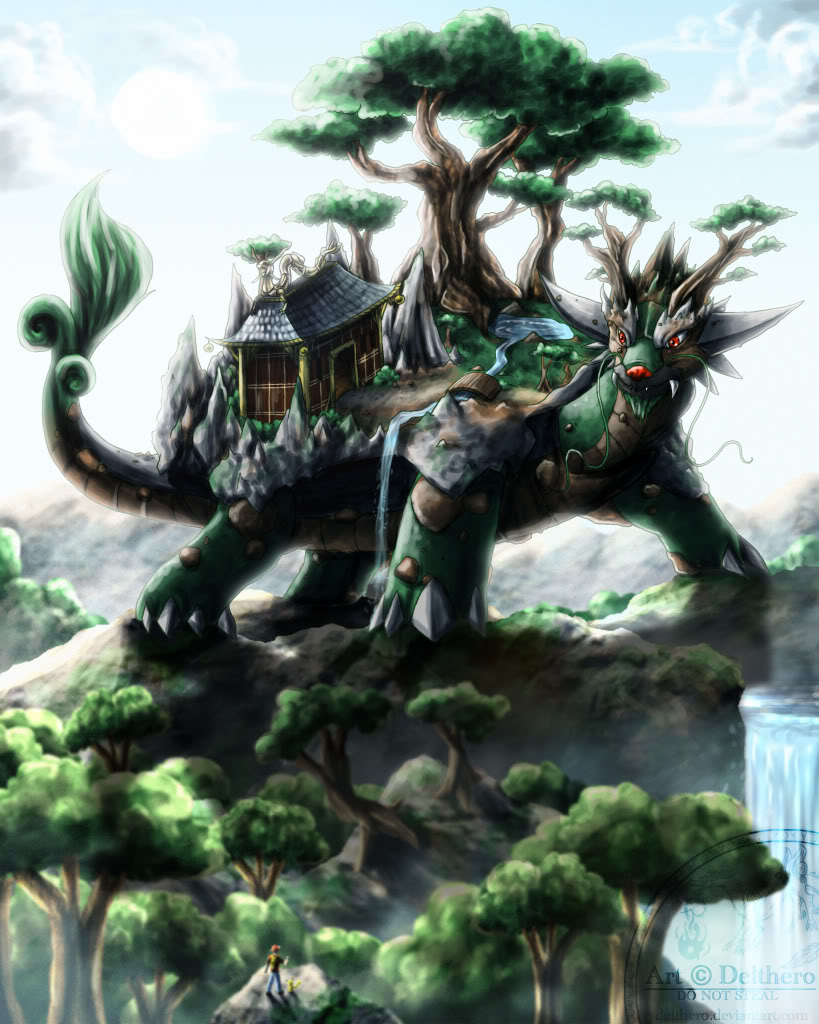 Thousands of years ago, there was a large clan of Turtwig, Grotle, and Torterra who resided in the Eterna Forest. Their leader was a large and wise Torterra who looked after the clan, solving any problems that came to the forest.

One day, humans came upon the clan, and threatened to catch them all for sport. The leader Torterra stepped in to defend his clan, but he was outsmarted by the humans and captured with an Apricorn ball. He was brought across the Mt. Coronet border to the small town of Solaceon, where the human who captured him attempted to use him as a farm animal to plow the fields. Enraged, the Torterra attacked and escaped, and fled to Mt. Coronet to get back to his clan.

However, he underestimated the weather of the mountain- the icy weather was too much for him to bear, and the Torterra’s joints became frozen very quickly. He decided to rest, so he dug a small hole in the ground to rest in with only his back showing above ground, and went to sleep to wait out the weather.

He never woke up. The icy weather kept him in a coma-like state, and hundreds of years passed before the weather warmed, thawing the ground and causing plants to grow again. By that time, the Torterra was rooted so deeply in the ground that he began to feed off of the nutrients in the soil. The mystical powers of Mt. Coronet flowed through his veins, slowly changing him as he slept.

The humans never noticed his presence. As the sleeping Torterra grew in size, he pushed aside the surrounding soil, grew more foliage, and a small spring even started growing on his back. The humans saw this spot as a sacred spot, and built a small temple to the Pokémon Gods right on the sleeping Torterra’s back.

Thousands of years after his initial slumber, the Torterra awoke, and dislodged himself from the earth with a mighty roar. The sacred power of the mountain had changed him into something that rivaled the Gods, with all the power of Arceus, and all of the wisdom of Uxie. He then started on a journey of the world, to solve any problems in the world, to learn all the secrets of the earth... and to protect all of the innocent Pokémon from being harmed by humans, like he was in the past.

I gazed up at the huge mountains that rose before me. Mt. Coronet was much larger than Mt. Silver back in Johto, and much more treacherous, it seemed. I had conquered three regions thus far, and Sinnoh would be no exception. Nobody said it would be easy, though.

“Pika?” The electric Pokémon walking beside me questioned. He seemed to sense my uneasiness towards the mountains.

I knelt down, scratching his head. “It’s alright, buddy,” I said. “I just hope we can make it across with little trouble.”

“Pika piii,” Pikachu said, smiling brightly at me. I nodded, knowing that as long as my Pokémon friends stood by me, I could accomplish anything. Heck, I’ve faced off against Legendaries with Blue and Green before, and we’ve survived. A simple mountain shouldn’t even prove a challenge.

Just as I stood up, however, I felt a slight tremor in the earth. Stiffening, I automatically reached a hand towards my Pokéballs on my belt as the tremors grew in intensity. Pikachu seemed to sense something, as it was gazing towards the mountain in awe. Suddenly, a large figure blocked the sun, and I looked up- and froze.

What seemed to be a Torterra was scaling Mt. Coronet, but this Torterra had to be at least 100 feet tall. Its face resembled that of a dragon, with long whiskers, and it even had a small waterfall trickling over the edge of its giant, earthy shell. I stared, shocked at this creature- was it a Legendary? An unknown Pokémon? And why was it here?

As if it sensed my presence, the giant Pokémon stopped, and stared straight at me and Pikachu. I stared back into its large eyes, its red irises seeming to look straight into my soul. As we were locked in each others’ gaze, a wizened voice spoke in my mind... A friend of Pokémon... if only the others were more like you.

“What...?” I whispered. The Pokémon gave me a slight nod, then turned away, continuing its trek up the mountain.

I stared at the spot that it appeared for a good 10 minutes. Never in my life had I seen something so huge, so alive with the power of the Earth, not even the Legends of Johto and Kanto. I don’t know exactly what that creature was, but I knew what I had just seen.

Yep, that final part was from Red’s point of view. Kinda cheesy, I know, but I couldn't think of what else to write. xD

Posts : 581
Join date : 2010-07-18
Wow. This is amazing--not only the artwork itself [which is fabulous]--but also the amount of thought you put into creating the entity itself. I personally love it. Maybe we could catch it in one of those ancient Pokeballs that are selling for $20 online!

Interesting story of how it was formed

I decided to make Reshiram look evil, rather than making it look really majestic. It was a nice challenge. I based its arms after a psterodactyl's or bat's, because they can walk on their wings like so.

It's not that great, but it was fun to make at least. 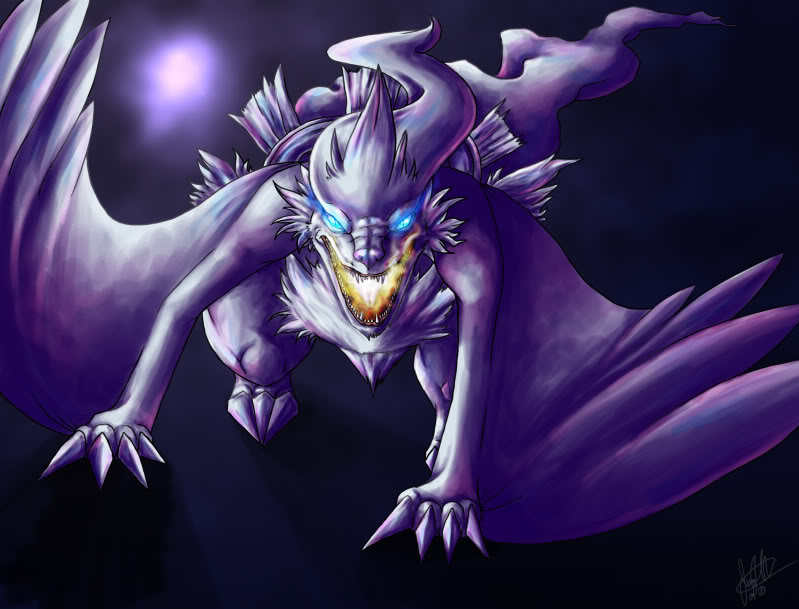 Credit to adox for the awesome banner!

Guest
you shiuld draw me sometime

Posts : 20
Join date : 2010-07-22
Clover: I do use a graphic tablet, although it's a rather old one. It's a 5-year old Wacom Graphire tablet, and it still works like a charm. I'd recommend anything made by Wacom, as they are a very reliable source for tablets. ^^