The Dream League Forum » Gaming General » Console Gaming » Which is the console you like???

oh and what i mean by PSP# it can be any of the play staion consoles number 1 ,2,3 event the play station portables and also for the xbox360 it can also be xbox the old version

@Clover wrote:I'm assuming it's which console do you like...but I'll hold my vote until they specify.

@Paradox wrote:Yeah, it was the 'Red Ring of Death'. My sister was playing it when it happened, so to this day I've been teasing her about breaking the Xbox.

@griffinheart wrote:i love the wii even though it hurts my arm... XD

that just reminds me of something really funny!!!! but i have a wii too and an xbox360 and an xbox and a broken ps lol.. but umm i was at my best friends house once rightt and i was playing against her sister in tennis right and i play tennis in real life so i swing really hard and i stood too close to my best friends sister i full on whacked her in the arm

lol it was funny but luckily she wasnt hurt!!!... 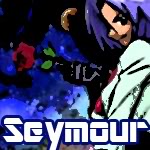 Posts : 94
Join date : 2010-05-31
I chose Xbox personally. The Wii was great and everything, but Nintendo has dropped the ball recently and I don't think that they can contend with Xbox and Playstation right now. However, Nintendo certainly has the best and most memorable kinds of characters for their games, which make them possibly the best. Xbox360 is leet though as well with It's epic online play. 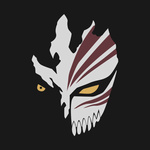 Posts : 923
Join date : 2010-04-27
I have all three consoles and use them each to their exclusive abilities. However, the ps3 hasn't had an interesting release in a while, and I doubt Super Mario Galaxy 2 will hold me until the next zelda, so Imma stick with playin' Splinter Cell and RDR (I know it's on ps3 too, but who cares) on the Xbox 360.

P.S. But since this is primarily a Pokémon forum, I'm not surprised that the wii is in the lead as of this post.

The Dream League Forum » Gaming General » Console Gaming » Which is the console you like???