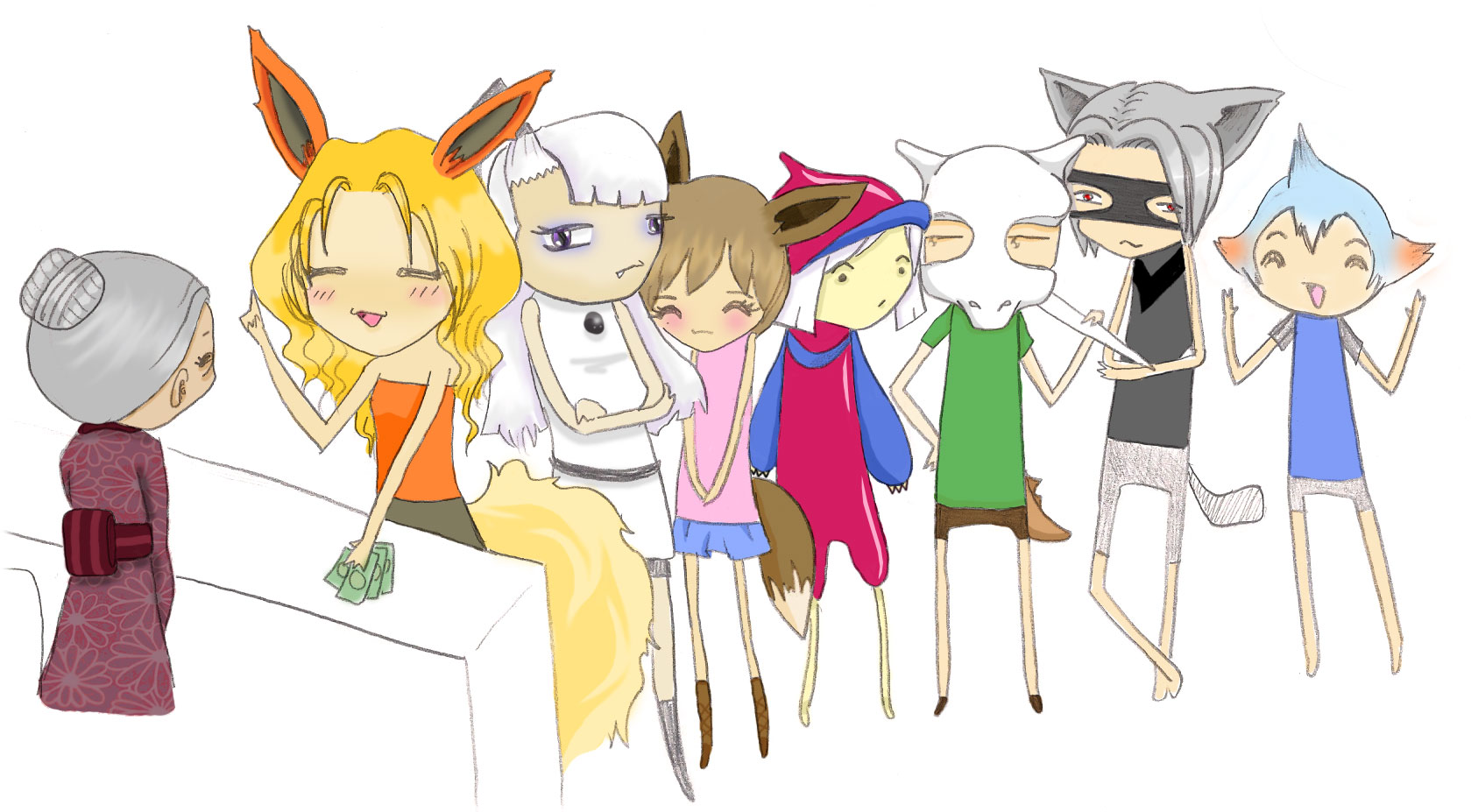 And here is the fan fic again in case you hadn't read it >_<; It goes along with the pic, so yeah ♪


NOTES BEFORE READING: Everyone is half Pokémon half human here. This is basically what I was going to make the first comic about, but I don't have a lot of time to draw it

Maybe I will someday.

[scene]
And old Japanese style Onsen (hot spring) run by a little old Lady. The group is walking in to enjoy the DL Anniversary and their day off. Clover is talking to the old lady who works at the Onsen.
Clover: So the group discount is still going on right?

Griffinheart: Any opportunity to drink huh you guys?

ThisGuy: Can I just get an order of bread? o3o;

[scene]
After buying snacks, the group heads out to the springs. The Onsen is divided up into 2 sections (guys and girls) The hotsprings are surounded by lush trees and bushes that make a lovely natural barrier. There are also large boulders and flat stones to sit on.
Griffinheart: Aah...it's so pretty here! I wish I could live here.

--a loud splash is heard from the guy's section--

--Clover runs by griffinheart and does a cannon ball into the spring, closely followed by Darknesswolf--

Only for your mother...

Dark Sceptile: And on such a momentous occasion...perhaps DX will let me try some of his Saké

Meap: Hm, should one of us go over to check on them?

ThisGuy: And risk getting labeled a total perv? No thanks.

DX: Um hey, I need to check on my friends. It sounds like they might be in trouble or something?

Old Lady: Ohohohoho I see what you did thar

I won't tell anyone! hohohoho~

DX: Um...right then. Gunna check on my friends now.

--He walks out to the girls side of the Onsen to see Darknesswolf, Griffinheart, and Clover all battling a giant Tentacruel that seems to have come from the spring.--

--Clover was wrapped up completely by one of the tentacles, and was being swung around in the air--

Clover: STAB ITS EYE WITH SOMETHING!!!! I THINK IT'S THE WEAK SPOT!!

--Darknesswolf and Griffinheart were nimbly dodging the tentacles. It seemed their attacks had little to no effect on the massive Tentacruel--

--His mind was racing to think of an object he could throw at the sea creatures eye. He ran back into the room with the Old Lady and picked her up--

--the old lady flew through the air towards the tentacruel's eye. Unfortunately, the massive tentacruel saw this, and slapped her to the boys side of the Onsen where she landed right in the middle of ThisGuy, DarkSceptile, and Meap--

Old lady!? What are you doing here?

Dark Sceptile: Come on! We've got to go help them!

--The boys ran over and started attacking the tentacruel with the girls. ThisGuy threw his mighty bone club, Meap was biting the heck out of the tentacles, and DarkSceptile was slappin' it all around like none other, Griffinheart was throwing sky scrapers at it, Darknesswolf was trying to use tail whip but was not doing so hot!! Suddenly, A GIANT ARCEUS APPEARED!!!!!--

--Arceus then epically pwnd the gigantic Tentacruel right in it's face, sending it back into the depths of the spring. Suddenly, it transformed back into the Old Lady!--

Old Lady: FEH! That's what you get for slapping around a little old lady~ hohohohohohoho~♫

Clover: Old Lady! You were Arceus all along? WOW! I don't know what to say except.....do you think we could have our money back? .-.

I really like your character..with the white hair and such ^_^; I got the idea from a character I saw on deviant art, but it actually worked out for the pokemon you requested to be crossed with O:!!! 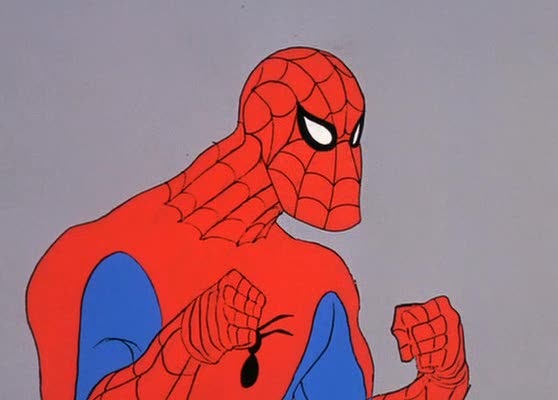 yeah ^_^; he requested to be a 'dark' version of lucario..so instead of blue, shades of gray.

Guest
i request myself with my telecaster,if not garchomp is fine.